Does Netflix have a free trial?

This is the question thousands of people are asking themselves. They’re also asking Google.

It’s a valid questions since most streaming services have at least a 7 day free trial to get interested viewers to try what they have to offer.

Perhaps, with the current popularity of Netflix original series like the Korean show Squid Game, which Netflix says has been watched by over 111 million subscribers, people want to see what all the hype is about.

Netflix has indeed become an entertainment powerhouse, producing TV shows and original movies that can’t be seen anywhere else. These shows and movies become hits with as much cultural impact as Hollywood’s latest blockbuster or shows with a wider audience.

So in 2022, people want to know if Netflix does indeed have a free trial for a few reasons.

So does Netflix currently have a 30 day free trial or maybe a trial of a different length?

When I signed up to Netflix back in 2014, I was enticed by their promise that I could watch all the movies I wanted for an entire 30 days without getting billed.

The Netflix 30 day free trial is probably the reason why the video on demand service currently has over 200 million subscribers. This is more than any other streaming service currently vying for the attention of cord-cutters and smart TV owners.

But is the 30 day Netflix free trial still available in 2022?

Forget what random blogs on the internet say, with their screenshots from 2019. Netflix does not currently have a 30 day free trial or any free trials at all.

In 2020, Netflix removed the free trial altogether so the only way to watch shows and movies on this SVOD service is to pick one of their plans and subscribe.

I’ve checked out all of Netflix’s regions to see if any are offered free trials and have even spoken to their customer service to see if I could get a free trial. Unfortunately, there are no easy hacks to getting a Netflix free trial that I know of.

How Much Does Netflix Cost?

Netflix has three subscription plans which viewers may choose from at signup.

All subscription plans allow you to view all the content Netflix offers for that region, completely ad-free and on all devices.

You can change your plan or cancel your subscription at any time.

Netflix plans start at $8.99/month for a Basic account which only lets you view on one screen. The video quality gets better with a Standard plan, which also lets you view on 2 screens simultaneously for $13.99/month.

If you want to view shows and movies in 4K resolution and be able to view on 4 different devices at the same time then a Premium plan is the best. This will cost you $17.99/month.

Currently Netflix does not have an annual billing option or a student discount. These are two ways people use to save money or afford streaming subscriptions.

How To Get Netflix without a Subscription

Netflix does not offer a free trial and there aren’t many hacks available to get Netflix for free.

However, you may be able to watch Netflix without a subscription. This isn’t something new and a lot of people around the world are also using this method.

If you have a good friend or a family member who is willing to share their Netflix account password with you, then you can watch Netflix shows without a subscription.

Password sharing isn’t anything new and the fact that Netflix plans allow simultaneous use on more than one device means you can in fact legally share an account.

Now you can watch all the best original Netflix shows and catch the long list of Netflix original films they’ve released over the year. You’ll also be able to see Hollywood movies, popular series and specials thanks to your generous friend or family member.

If you’re searching for a Netflix free trial then it probably means you want to see a specific title that everyone’s talking about.

Right now, that title might be the Netflix original show of Korean original, Squid Game. With all the memes being made and posted on social media, it’s hard to not hear about it.

Other shows that are popular on Netflix right now include:

On the movie side, Netflix premieres a new original film every week. Some of them are hits and some are misses. Right now, the Scream-ish slasher, There’s Someone Inside your House seems to be what everyone’s watching.

Some other recent hit original films include:

Even though you can’t get a 30 day free trial from Netflix, just getting a subscription is actually worth it as Netflix is one of the best streaming services available right now.

You may not need the Netflix free trial after all. 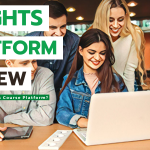 Heights Platform Review – Should You Use This Course Platform? 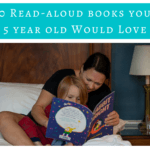 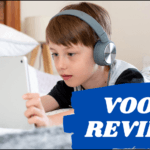 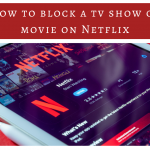